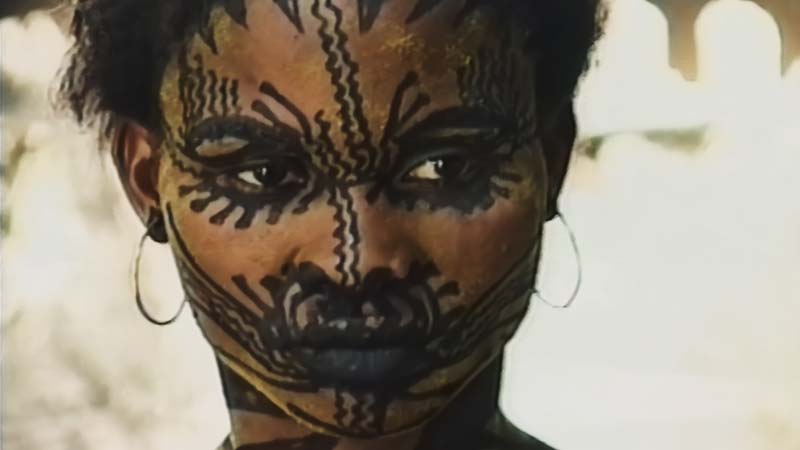 Female initiation in the Niger Delta

The Niger Delta, in Southern Nigeria, is a thick net of waterways and swampy areas, extending for over 60.000 square miles. The Niger waters melt with the Atlantic Ocean, and the sweet and salty mix flows and ebbs every six hours, following the lunar rhythm. Mangroves are the predominant vegetation. The intricate shape of the aerial roots of these ghostly plants mirrors, in a strange parallel between macrocosm and microcosm, the winding patterns of the big fluvial net. The villages are built by the river, life is on the water, in the fog, among mosquitoes. The tides determine work hours, people’s movements, even the time when a certain ritual will begin. During the low tide the water courses become blackish marshes, where people walk without apparently minding the risk of possibile illnesses: gastro enteric diseases, along with malaria, are the most widespread in this area. 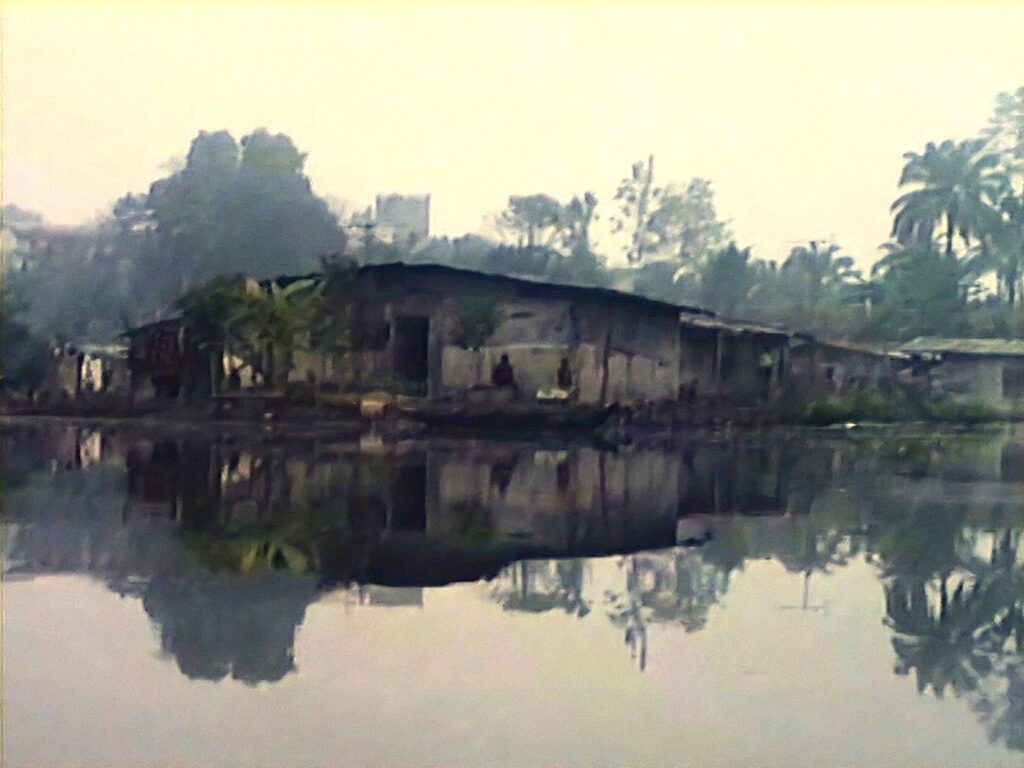 The imaginary world of the Ijo people is determined by the relationship with water, and modeled on aquatic forms. In spite of general conversion to Christianity, water spirits are still the main protagonists of the religious world of this people. The Rivers State dances, accompanied by water drums, are inspired by their mythical world: the movement concentrates on the buttocks, waving as if to remind a fish tail or the vibrant fins of water creatures. These spirits are believed to inhabit the farthest islands, hidden among mangrove roots. Many important aspects of everyday life, such as artistic expression and fertility, fall into the domain of water spirits. It is also said that every unmarried girl has a water lover.

I came to Nigeria with American anthropologist Judith Gleason, to make a film about Iria, the adolescent girls rite of passage, transitioning them from young age to adulthood. The purpose of Iria is to reconnect women with their water spirits, to then sever their link from this dreamlike world. Thus, their future fertility will be ensured, and they will be ready to marry. Today many of these girls go to school in Port Harcourt, they think of their future as working women. Initiation is not on their horizon. But the ones living in the villages, far away from the city, prefer to honor tradition and to perform the ritual, a ceremony appropriately called “entering the fattening room”.

Learn more on the film “Becoming a woman in Okrika” 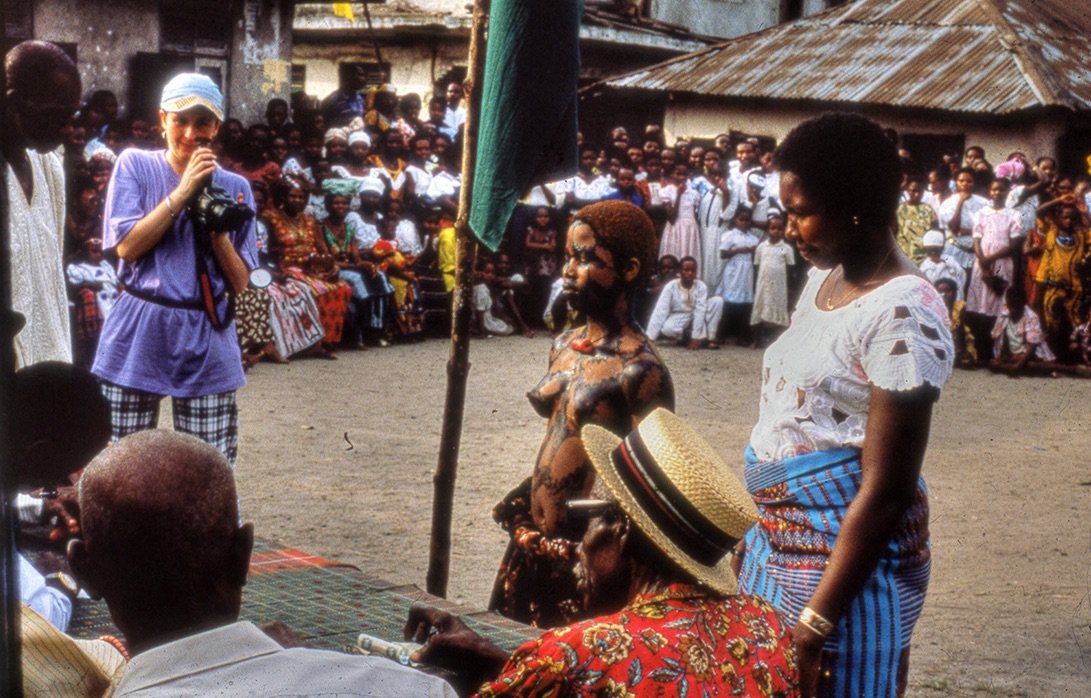 Noon. Under the scorching sun we arrive at the village of Ogbogbo, on Okrika Island (thousands of people living in poor conditions in a 4 mile circumference). We carry tripods, cameras, backpacks, sound recorders. A playful man asks us if we are here for a picnic. But the scene is not ideal for a jolly excursion: the village of Ogbogbo is a dense aggregation of tin roof shacks.

This year in Ogbogbo only five girls signed up to participate in the Iria (until recently every village could count up to 40 girls yearly). They are between 15 and 17 years of age. Their names are Joy, Justina, Rosanne, Hilda and Mercy. On the first day of the ceremony they present themselves to the whole village. They walk in bare-breasted. Each girl’s entrance provokes applause, ironic comments and smiles from the village chiefs, who are sitting at a small table in the center of the square. The tradition forbids that a pregnant girl should participate in the ritual, so the older women make sure that none of them is expecting, administering a swift pregnancy test. If her breasts are soft, it means that the girl is not pregnant. Each girl in turn, accompanied by her mother, bows to the village chiefs and pays a sum of about 2 dollars: that’s the fee to participate in the ritual. Now they can go home, and isolate themselves for the next three weeks.

During the segregation period the girls cannot go out in the day: they must not be seen by indiscreet eyes, especially by boys. Only during the night, or right before dawn, they can go to the beach to wash up. While at home, they just sit. Their only duty is to eat as much as possible: at the end of the three weeks the whole village will reunite again in the main square to admire their full and beautiful bodies. In order to get fat quickly the girls eat three times a day, and drink much water. The main Iria dish is made with roasted yam and plantain, or boiled yam with pepper, rice, fish, and bean soup. This food regimen is quite expensive, and the families invest in it much of their savings. But it is a worthy investment: if you don’t participate in Iria, you risk barrenness. A woman without children is even poorer than the others. 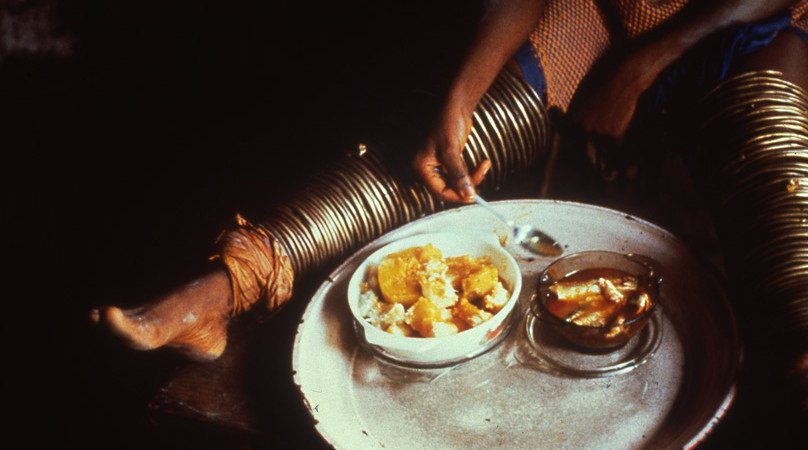 To stop the girls from going around, consuming precious energies or risking to have sexual encounters with the boys, the tradition has devised an effective method: big brass leggings, 6 to 8 pounds each, going from the ankles to the thighs, to hinder their movements. The village blacksmith applies these leggings during a lengthy, boring and at times painful operation. When the girls walk, the leggings produce a piercing metallic sound, signaling to the parents an eventual romantic escapade.

One night we wake up at two o’clock and walk towards the village. The sky is dark red. Pulsating lights, like fireworks in the thick air. It’s the refinery. The heavy oil pipes run across the whole island. They are an integral part of the metallic landscape. In the night’s heat we go to listen to the girls singing the traditional Iria songs. Their sharp voices resound in the night, and the rhythm is marked by the clanging sound of the brass leggings. Soon all the neighborhood is awake, and people come out of their huts to listen to the songs. The performance of the ritual prevails on individual needs: the girls initiation is meaningful for the whole community. The songs speak of water spirits, mangroves, fishing, everyday chores, watery and earthly lovers. They speak of the chiefs always asking for money, getting rich by exploiting the villagers. The songs also speak about us, the three white women who came to upset, with their cameras, the most delicate moment in the life of a young Okrikan woman. 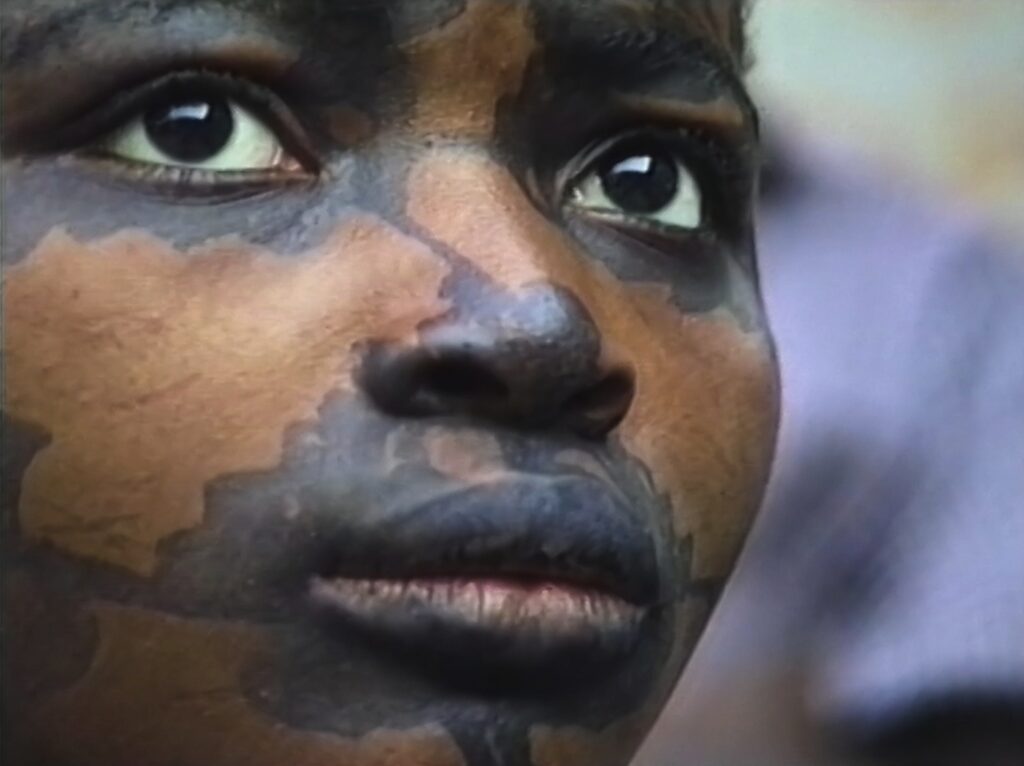 Finally, the three weeks have passed. The girls prepare for the closing event: the final race. During this competition the Osokolo, a masked man representing an ancestral spirit, will hit them with two heavy sticks: this will signify the complete separation of the girls from the water spirits, bringing them back to the tangible realm of mundane life. For the girls it’s a crucial moment: if they want to have children, they must be hit. But if one of them, by chance, manages to escape the blows of the Osokolo (which is almost impossible, as all the village men will try to forcefully prevent this) she will acquire a special reputation, and will go down in history as a heroin. How to choose between fertility and glory? It’s a double bind, a no way out situation.

In addition to Joy, Justina, Rosanne and the other girls, all the young males of the village also participate in the race. The Ogbogbo residents gather on the beach, on the sides of the race track, to watch the event. I try to make my way through the crowd, determined to film something, but I doubt that I’ll be able to see anything among all those people. Then, as if by magic, a ladder appears. The village chiefs, prompted by a natural cinematic instinct, ordered that the ladder should be there, just for me. Without asking too many questions, I climb above the crowd and try to single out the girls, ready to run. The atmosphere is tense, expectation is high. But here is the race: the group of shouting men in the front, then the girls, weighed down by the brass leggings. Behind them is the Osokolo, the water spirit, holding his two heavy sticks. Everything happens very fast: I can only single out Joy, trying to find her way in the men’s group, and the violent blows of the Osokolo reaching her on the shoulders, the neck, the face. I can also see Rosanne, the youngest of the girls, falling down, as the crowd closes in on her.

The blows of the ancestral spirit determine, once and for all, the passage to female maturity. From now on the girls, leaving behind the dreamy world of water spirits, will be able to dedicate themselves to their material roles of wives and mothers. Their future partner will not be an ephemeral, dreamy spirit, met in some nocturnal vision, but a real man, in flesh and blood. Their new position will present them with more urgent obligations: to feed their children and to protect them from illnesses and from the uncertainty of life. 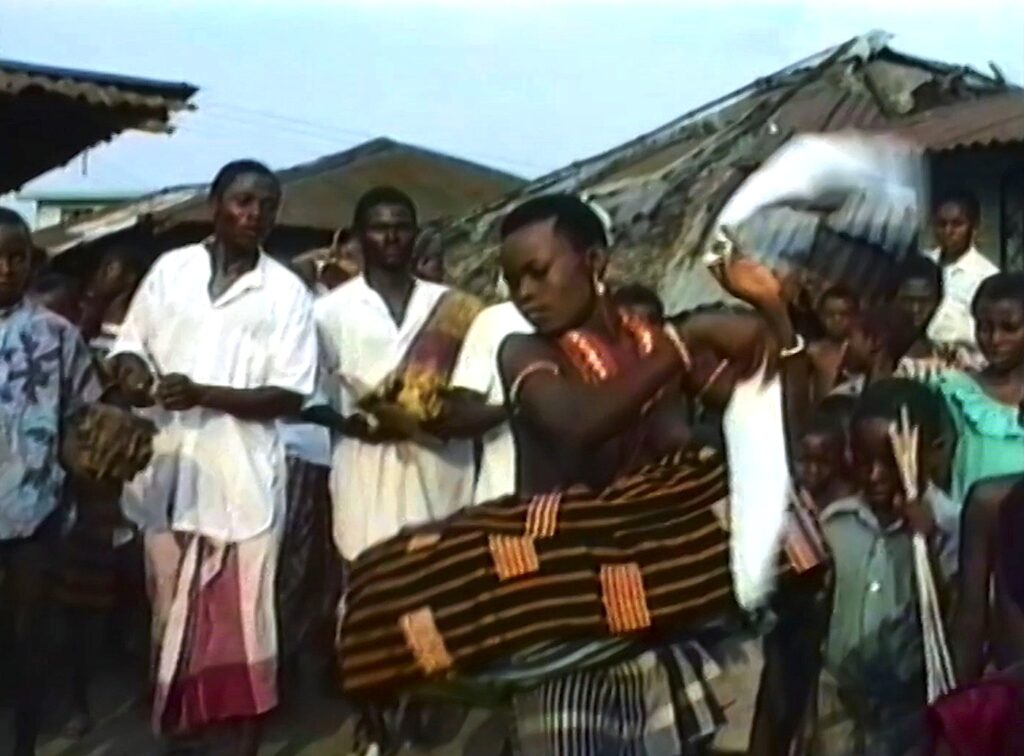 Luigi Di Gianni and the creation of reality next post