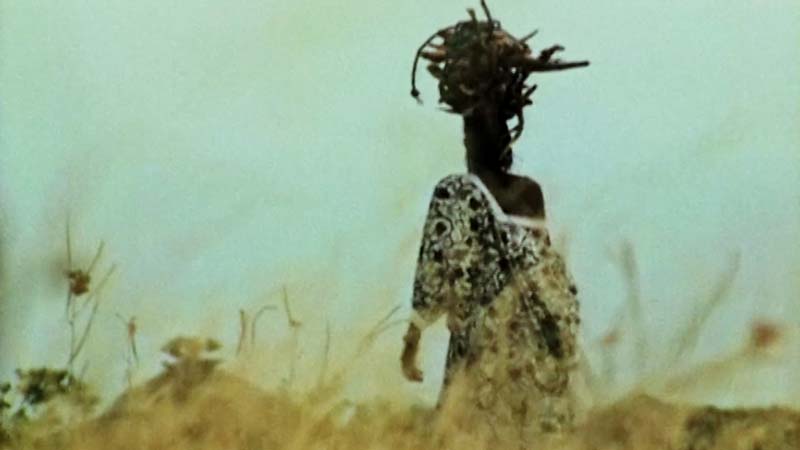 Yellow-golden plains, blinded by the sun, swept by a hot and dry wind which turns into rain only a few weeks out of the year. Baobabs, acacias and tamarinds, scattered here and there, punctuate the landscape. The temperature in April, the hottest month, often exceed 50 degrees Celsius. We are in northern Senegal and this is the Ferlo Desert, a wide region once fertile but now semi-desert. Its name, according to some, derives from the Peul word “fer”, meaning “to leave”, “to migrate”. This in fact was always a land of migration, nomadism, of seasonal moves in search of water. The Peul, an ancient population of herders, probably of Saharan origin, inhabit the whole Sahel region, from Sahara to Camerun, from the River Senegal to the River Nile. In Senegal they constitute about 15% of the whole population. Until a few years ago they lived a nomadic life, periodically relocating with their herds to go wherever there was water. Today they are walking on a difficult path: the transition from nomadism to sedentarization.

The village of Naidé is located about 15 miles from Namarel, and about 3 hours by car from Podor, the nearest city. The tracks twist and turn in the dry grass of the savanna. Altinè lives here. In pulaar, the local language, the name “Altinè” means “Monday”. That’s the day she was born. When I met her, many years ago, she was 27. I was struck by her queenly bearing, her silences, her poised attention. I believe that now, after all these years, her life hasn’t changed much: she still lives in Naidé, and every day she performs the same gestures. She gets up at dawn, between six and seven, recites her prayers, lights up the fire, prepares tea for the family, sweeps the area around her hut, pounds millet, takes care of the kids, chats with her mother-in-law and her sisters-in-law.  Altiné, her husband Haroune and their two kids, the brother-in-law with his wife and five kids, two cousins, an unmarried brother and the mother-in-law, 15 people altogether,  share the same gallè, the family enclosure, composed of five huts and two corrals for the animals. Altinè is Haroune’s only wife. If he had the possibility, she would gladly consent to the presence of a second wife, who could help her with house chores. Among the Peul, polygamy is accepted, even if not widely adopted.

Starting from the 70es the Ferlo region, like the rest of Sahel, was hit by severe recurring droughts. Rainfall dropped by 60% in some areas, causing widespread death and famine, herds decimation, soil depletion, desertification, and thirst, for men and animals. Before then, the rains were abundant, and much land in northern Senegal, traditionally allocated to nomadic herders, was confiscated and converted to monoculture peanut for export. Those were the International Monetary Fund and World Bank requirements. Nomadic herders were forced to move their herds to smaller and smaller areas. Today Altinè and her family, like many other Peul, are pushed towards sedentarization in the Sylvo-Pastoral Reserves.

For the Peul herding represents an essential cultural trait rather than a way to make a living. They are known in the whole of Sahel for their herding skills. The zebu cattle, with a humpback and moon-shaped horns, are never slaughtered, as they constitute the main asset of the family. And every family owns about 30 or 40 of such cows. The shepherd can single out each one of them, at a glance. The Peul’s daily diet consists of milk, various kind of millet, and rice, which is bought by the men at the weekly market in exchange for milk. Each cow can produce maximum 2 or 3 liters of milk daily. Sheep or goat meat is eaten only on special occasions. In addition to cows and goats Altinè’ s family owns also three donkeys, two horses, and a cart.

The village of Namarel is a bit more developed than Naidé. Here you can find a few cement buildings, and a few cars. In 1989 ADENA, the Association for the Development of Namarel and adjoining villages, was founded here. ADENA’s objective is to promote the economic, social and cultural development of the area, through environmental protection, grazing land management, fight against fires and desertification, promotion of livestock and agriculture, safeguard of human and animal health, wells maintenance, conflict prevention and improvement of women’s condition. The Association has also created a powerful instrument of information and sensitization: Radio Gaynaako – the shepherd’s voice. It transmits in various languages: Pulaar, Wolof, French, and Hassanya, the Arabic dialect of neighboring Mauritania. Initially the station was powered by an electrical generator, and could broadcast only 4 hours a day. Now transmission is powered by solar panels. In the hottest hours of the afternoon, when the whole family relaxes in the shade at the center of the compound, Altinè and her family often listen to Radio Gaynaako. This is the only information source available besides the ordinary trip to the well, where much information is also circulated.

During the rainy season, when the landscape suddenly turns green in just a few days, Altinè and the other women of the family cultivate millet, corn, and some vegetables. During those few weeks the animals drink from the puddles, and life becomes a bit more easy, as the water can be found nearby.  But during the nine months of the dry season water it has to be fetched at the well, with a long daily trip. Air chambers obtained from truck wheels, containing up to 200 liters of water, are used for collection and transport. The buckets are made with the same black rubber, and hold up to 15 liters. Altine’s husband’s cart is pulled by three small Sahelian donkeys, with a gray-pinkish coat and a nice black strip on the back. The two-way trip to the well, located about 5km from Naidè, takes about three hours.

In 1954 the first drillings, the so-called forages, started in the area, reaching fossil water deposits at 300 meters of depth. The water is thus collected and distributed to a system of connected wells. Since this system was implemented the relationship of the Peul with water resources was overturned: they don’t travel with their herds to look for water, but it’s water itself which comes to them from the depths of the earth, through the complex machineries financed by the European Union.

The well is situated at a certain distance from the various villages, at the intersection of many paths, and it is always very crowded: this is the meeting place, where all news pass and cross, where births, marriages, and funerals are announced, where girls and boys flirt, where distant relatives find the occasion for a chat. Some women wash clothes, with a minimal quantity of water. An echo resonates up from the bottom of the well, as all the buckets rhythmically plunge and resurface. All around cows, donkeys and horses wait for their owners to quench their thirst.  With the help of her nephew, bucket after bucket, Altiné manages to fill up the air chamber on the cart, and turns back to the village. She is bringing back 200 liters of water, the entire supply for the whole family. It is not a surprise that the water is then managed so carefully: the load is precisely divided among the various members of the family nucleus. Part of it is set aside for personal hygiene and for drinking, another part for domestic usage, such as washing rice and rinsing dishes. At the end of the cycle the same water, filled with nutrients from the rice, is given to the horses to drink.

Altinè’s story has accompanied me for many years. Through the documentary that tells about her daily life in Naidé, her image has been seen in many festivals and many schools, in Italy and abroad, always creating curiosity and debate among audiences of all ages. It’s curious to think that she has travelled through borders, sparking emotions and interest in many people, and that while that was happening she kept on living in her village, continuing to tend to her family, collecting wood, going to the well every day. Time flows differently in our two worlds, but her gestures, recorded and seen thousands of times, continue to strike me, as if they were still trying to teach me something.

A prize to “Kevin”: a film for peace previous post